The conversion of a single-family character home built in the 1920s to a multi family complex with a laneway house. 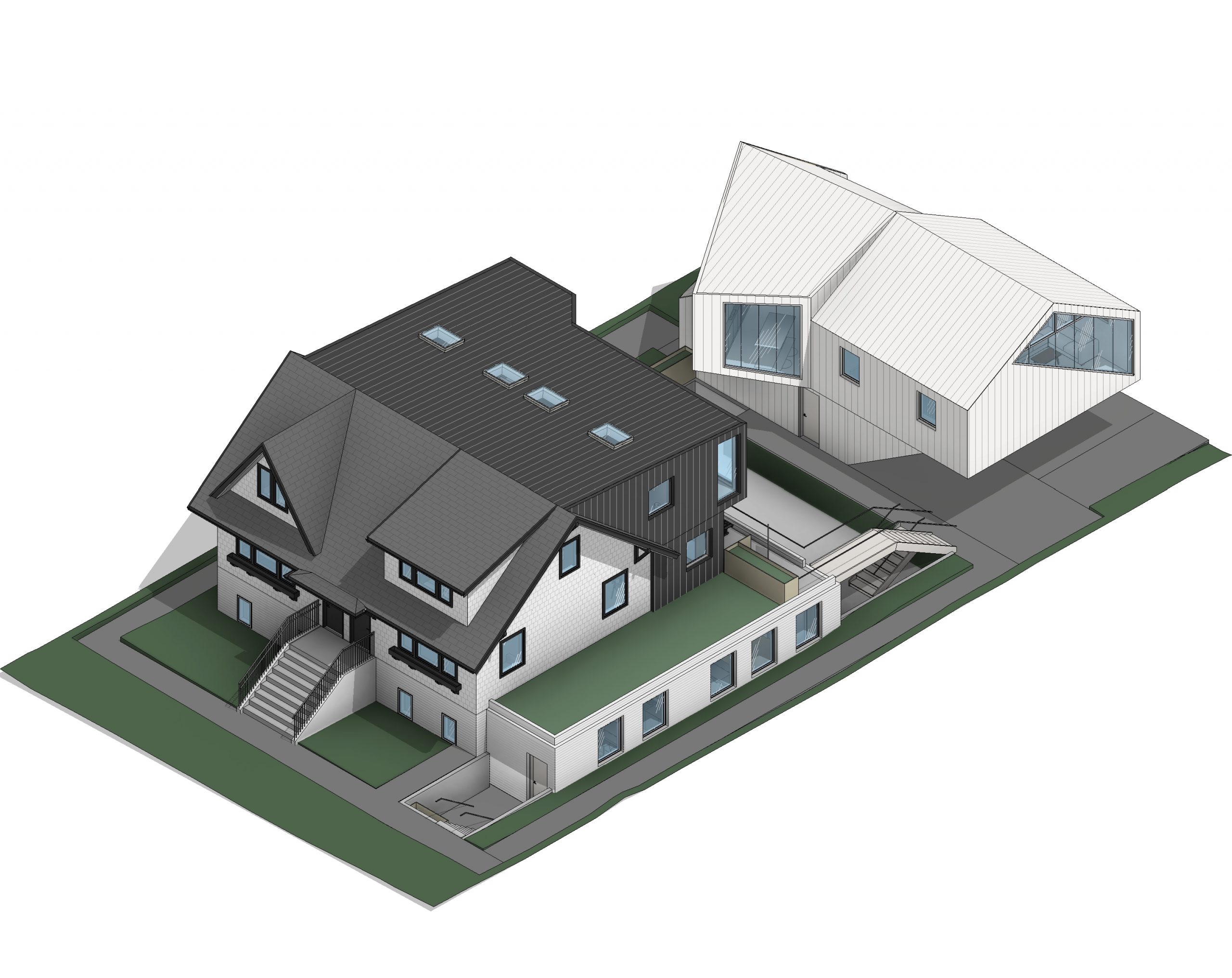 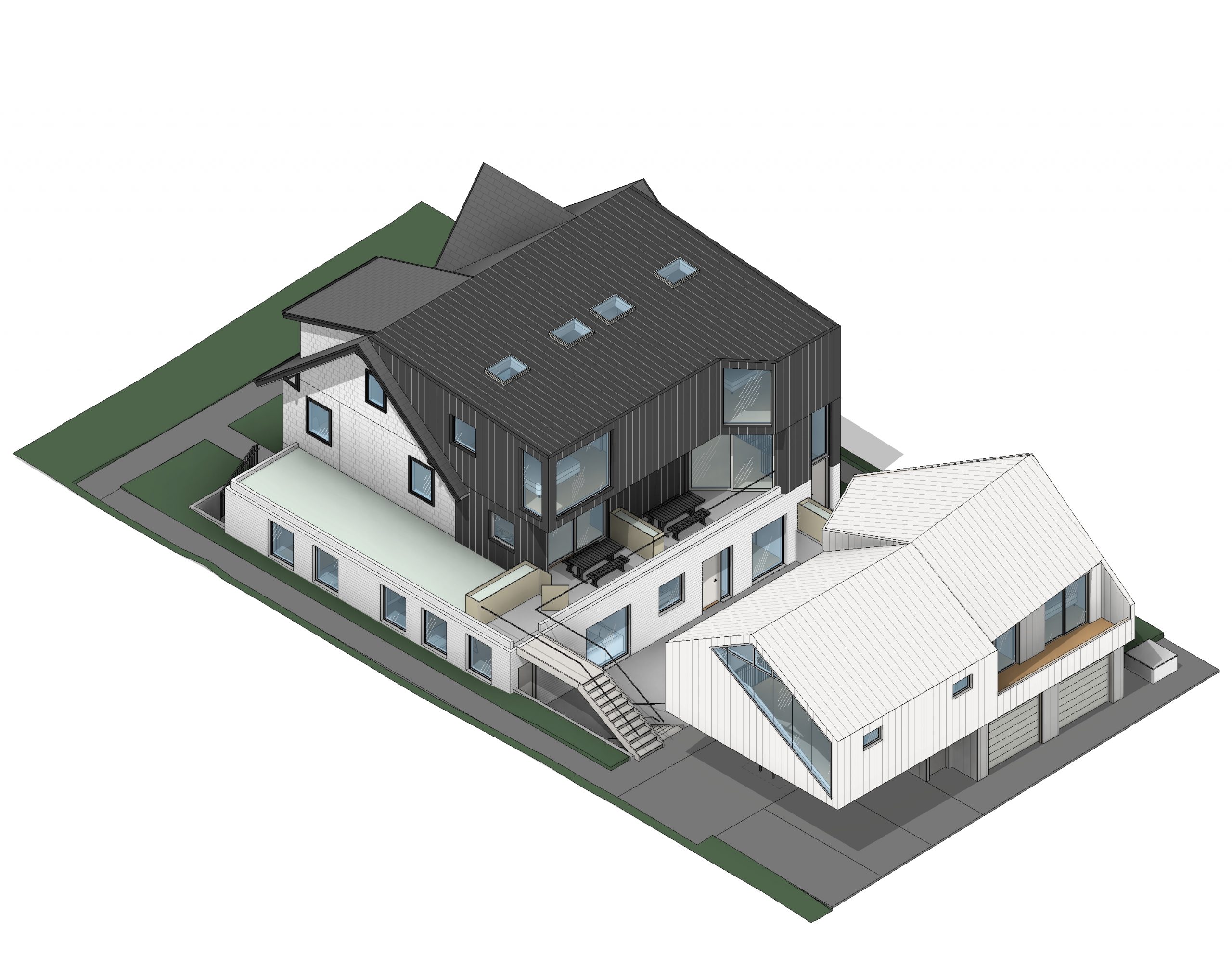 The addition in black becomes the “shadow” of the existing character house, barely visible from Granville Street. The infill house, in turn stands, out as a bright white jewel, visible only from the lane.

The character house will retain its original charm, maintaining its dialog with Granville street and the neighboring houses. The addition in the rear prioritizes views, maximizing both privacy and daylight while maintaining a simple form.
A common sunken yard between the primary dwelling and the infill will be shared by the units, activating the space with natural vegetation and play space. In addition, some of the units will also have their own private exterior spaces.

The infill house is raised above the parking spaces at the rear of the lot. Windows are strategically positioned and angled so as to minimize views into the primary dwelling but maximize natural daylight otherwise.

Login to DAE - Design Architecture Everyday Inc.
Reset Password
Enter the username or e-mail you used in your profile. A password reset link will be sent to you by email.